Lent
In the Christian tradition, Lent is a time of preparation that look towards Easter. It last just a little over six weeks. It is equivalent to the time that Jesus spent in the desert, before he began his ministry, where was tempted but without sin. During this time he fasted and many continue this Lenten tradition of abstinence today by choosing to give up a luxury item or entering into a period of study or self improvement.

The first day of Lent is called Ash Wednesday – the name comes from the tradition of putting a small cross of ash on people’s forehead at church services as a sign of mourning and repentance.

Mothering Sunday -  27 March 2022
The fourth Sunday of Lent is the mid-point of the season and was once known as Refreshment Sunday, as a relaxation of the regime of fasting was allowed. Traditionally, this Sunday is Mothering Sunday. In the days when young people went into domestic service, this was the Sunday when they could return home to visit their families and return to the church of their childhood.

It has become a time to remember Mothers and Motherhood and Mother Church.

Palm Sunday -   10 April 2022
Holy Week commemorates the last week of the earthly life of Jesus. It begins with Palm Sunday which celebrates Jesus’ triumphal arrival in Jerusalem for the Jewish festival of Passover. The crowds greeted Jesus by laying their cloaks on the ground and waving the branches of palm trees.

In the Islington & Camden Circuit we share in the tradition of giving Palm Crosses as an aid to devotion during Holy Week.

Maundy Thursday - 14 April 2022
Thursday of Holy Week is known as Maundy Thursday. On that day, Jesus had his last meal with his friends and followers – this meal is known as ‘The Last Supper’. Jesus and his friends would have followed the Jewish Passover custom of eating roast lamb and unleavened bread, and drinking red wine. It is at this meal that Jesus also washed the feet of his disciples, demonstrating the humility that was the mark of ministry.

Good Friday is the day on which Christians mark the crucifixion of Jesus Christ and his death at Calvary with special services of worship. The Passion narrative is often read in full from one of the four Gospels. 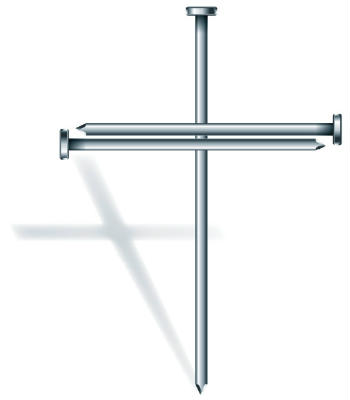 'The Lord is Risen, He is risen indeed, Alleluia.'