I am inviting you to consider the first book of Samuel as creative materials.  A gathering of what you need to understand the books main portrait.  As a landscape, 1 Samuel covers the transition period from the time of the judges to when Israel became a monarchy.  Under the ministry of the prophet Samuel, Saul is anointed the first king of Israel.  But after Saul fails to demonstrate a true faith, God calls an unexpected successor - David. This reveals the key theme of the book.  That is:  Israel’s choice for king must give way to God’s choice of King.  Meaning that Humanity tends to judge by outward appearances (Saul was strong in battle), whereas God judges based on what is in the heart (David was true in faith, despite his many failings).  Other than Saul, snapshots in 1 Samuel that influence the main portrait include: Samuel, the last Judge; Hannah, anxious and desperate to have a child; Eli, the faltering High Priest; Israel, an arrogant yet ineffective military force.  Johnathan, representing an adventurous spirit, also features.  However, the main portrait tells the whole story - the story of David and Goliath.

This narrative must be one of the best known in the Bible.  The greatest mismatch in history.  The gigantic and terrifying Philistine Goliath of Gath, verses David, the shepherd boy, the only one among the Israelites willing to go down into the valley of the shadow of death, fearing no evil (sound familiar).  With David’s unexpected victory, comes the full picture.  Divine artistry that displayed David overcoming adversity in the Name of the Lord.  David's victory over Goliath is reflected in Christ’s victory over death.  It reveals that a desperate Humanity needed a child from Bethlehem to be born.  That the one and only everlasting High Priest would prevail; that victory is born in humility; that God alone provides the King of our hearts, and that living a life in Christ requires an adventurous spirit. 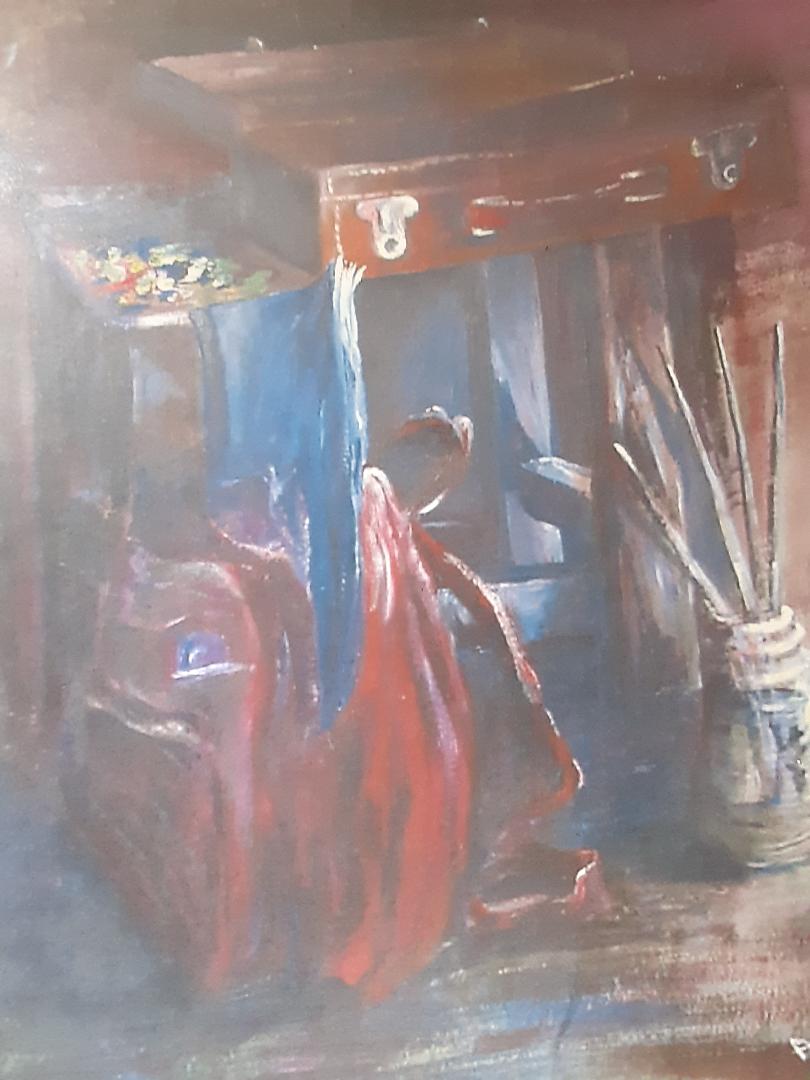