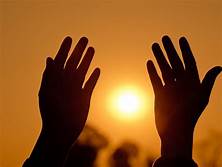 The book of Ezra has 10 chapters.  Interestingly, perhaps, is that Ezra does not enter the narrative until the beginning of chapter 7.  Although the book bears the name Ezra – meaning God helps, most of the book acts as a build-up to the completion and dedication of the temple, with the inaugural Passover celebration. When Ezra the person finally appears in 7:1, along with his genealogy, the priestly voice of Chronicles is repeated.  Ezra appears to be mentioned as a reminder of the style of authorship for a whole series of Old Testament scrolls, namely a Priestly style.  Also, as a reminder of a style of ministry.  Again, a Priestly style.  It is through this Priestly style, that Ezra – as a book – demonstrates God’s help through God’s promise to free God’s chosen people from 70 years of captivity.  A narrative that is the work of one who is generally referred to as The Chronicler, a mysterious literary figure, claimed by many to be Ezra.

Ezra – God’s help, now becomes the Israelites spiritual architect following the outpouring of God’s redemptive acts, meaning that in exile, Israel became more faithful to God and the law than ever before.  Ezra the priestly scribe (Ezra 7:6) is authorized to get the people back on ‘spiritual track’.  In essence, Ezra shows that Israel is pruned back to its roots, allowing a new vitality to spring forth from its long neglected spiritual well - Mosaic Law.

This week’s image is not one of mine.  However, unlike my images, and in keeping with Old Testament tradition, its ‘authorship’ is uncertain.  All I know is that it speaks of us needing God’s help on many occasions.  Read and think about the study, view the image, and consider how you might need God’s help today – and then I invite you to pray, for yourself and for others.