In a nutshell, Joshua is the sixth book of the Bible, usually described as ‘Narrative History’. Hebrew and Christian Traditions claim Joshua as author, whilst some theological scholars dismiss this and assess the book as part of a larger anonymous volume often referred to as the ‘Deuteronomistic History’ – a biblical notion developed in the mid twentieth century by a German theologian named Martin Noth.  Whatever the case, Joshua - the leader of the Israelites circa 1405-1383 B.C – is the chief protagonist.

Other personalities such as Rahab, Achan, Phinehas, and Eleazar, play their part. The underpinning of Joshua is Assurance.  Mainly that God will reward Israelite obedience.  Its secondary purpose is to record Israel’s entrance into the promised land.

The faith and obedience of Joshua is commended as “strong and courageous” (1:7).  Chapters: 1-4, also demonstrate God’s Grace via God’s treatment of Rahab, a Prostitute, and the ancestress of King David.  Chapters: 5-12, deal with conquering what is thought to be impossible – the battle for Jericho.  However, the same chapters reflect that not all things will be overcome through military methods.

The final chapters - 13-24 divide up and distribute land among the tribes of Israel.  The Levite priests getting a cushy number in the larger cities.  Joshua then dies and leaves behind a major challenge for all future generations: “Choose for yourselves today whom you will serve...as for me and my house, we will serve the LORD” (24:15).

As signpost for Christians, Joshua’s least explored potential is perhaps its greatest message.  Put simply, Joshua is a Greek name, not Hebrew.  It means: God is Salvation – a main theme in Joshua.  If we were to use Hebrew, we would call the book Yeshua – same meaning.  There is an anglicized version of both Joshua and Yeshua……..Jesus!  In him, ALL things are possible, and ALL things can be overcome with Love and Peace.

I painted the image as representing Israelite Patristic Leadership.  It has been used as both Abraham and Moses.  Today it is Joshua and a reminder that the journeys of the Israelites led to the journey in Christ.  Look into the eyes, then reflect upon your journey and what you need to conquer.  In Christ alone our hope is found. 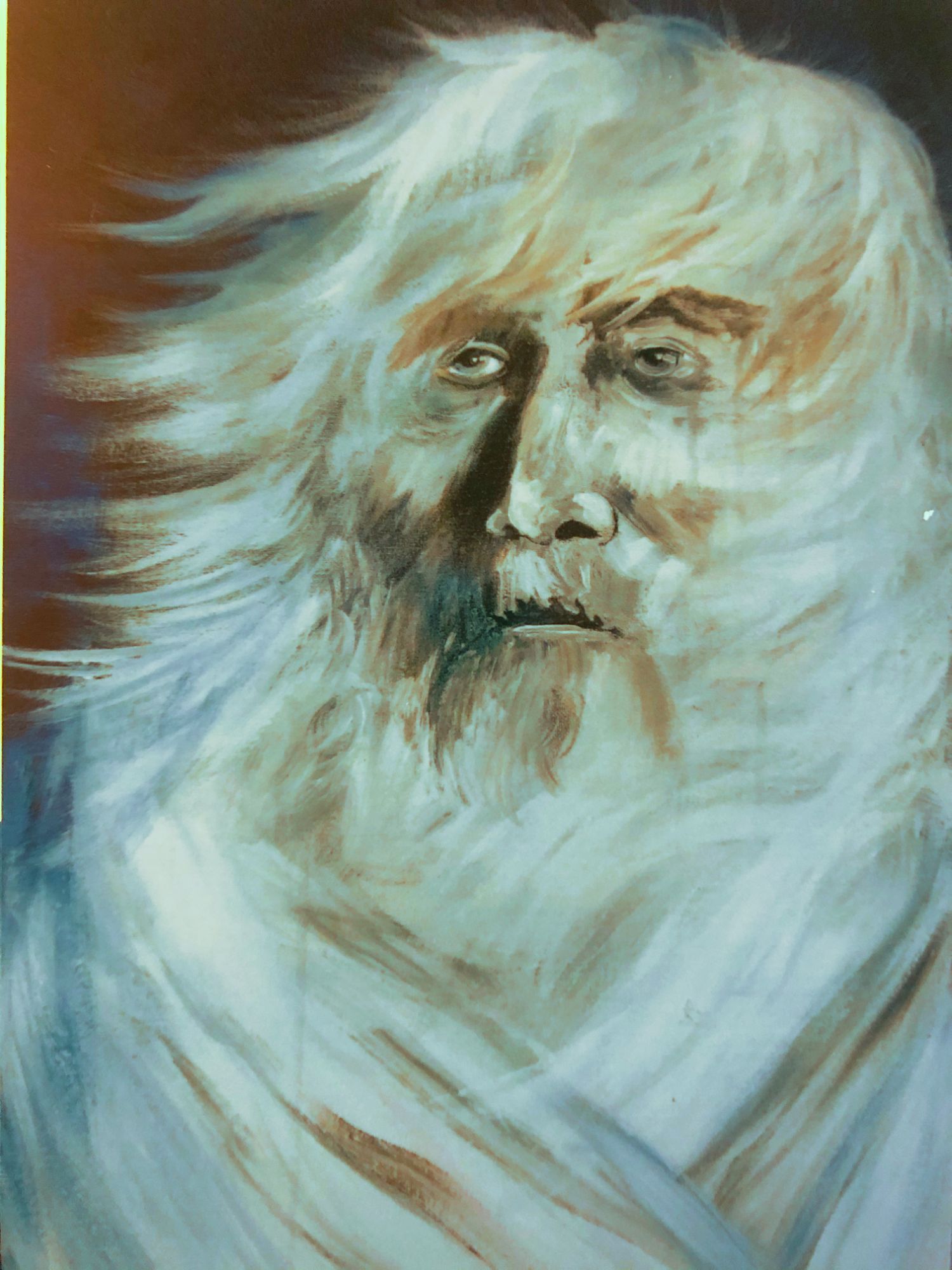