Joshua had died.  The Israelites wanted to know:  Who will lead us now”?  Judah got the call.  However, it seems he did not fancy the job.  Enter brother Simeon, on a like for like deal.  Meaning that if he helped Judah fight the Canaanites, Simeon would get help in his own future battles.  There were some Israelite victories, just as there were Israelite atrocities.  The latter - symbolized by the cutting away of opposition leader’s thumbs and big toes - disabled the warriorship of others and promoted subrogation by humiliation, shame, and dependency.

In time, the exploitative nature of the Israelites brought about their greatest defeat, not just the physical ones that they finally succumbed to in Judges, but the spiritual one that they brought upon themselves through their attitudes.  Attitudes that saw the Israelites move from victory to defeat, from obedience to disobedience, and from God centred to God neglecting.

In essence, the Israelites had lost the spiritual plot.  They needed help.  So, God brought in the Judges to presided over the people’s development.  However, Judges’ 21 chapters show this to have been ineffectual.  Meaning that whilst God remained true to the covenantal promise given to the people, the people failed to play their part.  They needed something more than a series of judges.  The clue is in the final verse of the final chapter:

“In those days there was no king in Israel; all the people did what was right in their own eyes”.  Judges 21:25

The signpost here is that we all need the one true King in our hearts, to be fruitful for God.  Not under the shadow of any monarchy in the human sense, where we are rated only as subjects, but in the liberating spiritual sense, where we are invited to be free in the love of God and where the ultimate victory is when Christ conquers our hearts because we choose to live in his light – despite the shadows of our humanity.

This week’s image is an abstract of some of Michelangelo’s work that reflected his inner struggles. I drew the image in Charcoal and Chalk, reflecting the struggle between the darkness and the light, ideal for reflecting on Judges.

Go well in your explorations. 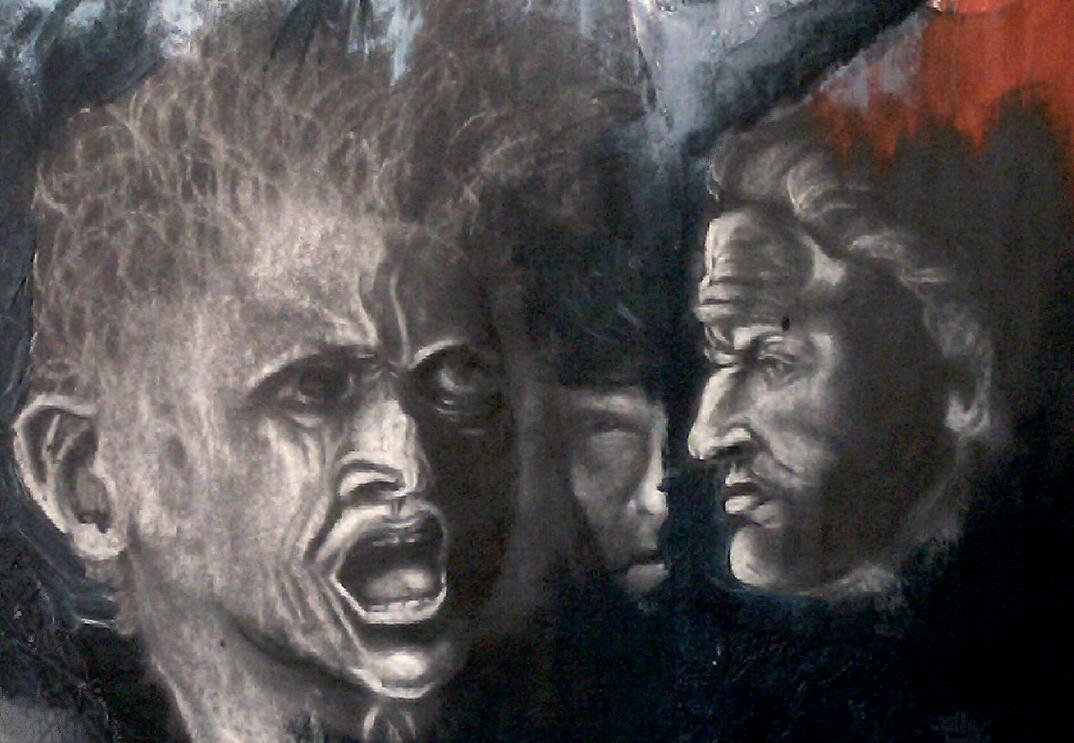