Nahum the Elkoshite having a vision, is the underpinning for this Old Testament oracle concerning Nineveh - linking us back to the book of Jonah.  The whereabouts of Nahum’s town of Elkosh, is said by many to be a city in southern Judah, later known as Elcesi.  Nahum’s vision - and its ensuing prophecy against the Assyrian city of Nineveh, held quite a significance in Judah.  Meaning that Judah’s fear of Assyrian power needed to be overcome.

As a book, the mention of the fall of Thebes in Nahum 3:8, and the prophesied destruction of Nineveh, which happened some 50 years afterwards, places Nahum’s activity somewhere within this period.  To be a bit more precise, the Assyrian Empire, along with its capital Nineveh, had a hold on Judah during King Manesseh’s (Nasty piece of work if ever there was one) reign.  An event outlined in 2 Chronicles 33.  In addition, the fact that Nahum recalls the destruction of Thebes and not its reconstruction in around 654 BC, Nahum’s big dream appears to have happened somewhere between 663 and 654 BC.  All in all,  Nahum’s oracle served the darkest days in Judah’s history to that point.  However, despite idolatry and the turning away from God,  Nahum, meaning “comfort,” delivers a message demonstrating God’s Grace, into an apparently hopeless situation.

The book’s focus on judgement for Nineveh is thematic in the sense that God had sent Jonah to Nineveh to preach repentance and hope to the Assyrian people.  A message received and understood...  However, by the time of Nahum, the Assyrians had returned to their bad old days by conquering the northern kingdom of Israel and exercising a bullying power over the southern kingdom Judah.  We can remind ourselves of this when we read 2 Kings, chapters 17, 18 and 19.  For almost two hundred years, Assyrian kings and rulers prevailed.  After this, Nahum's vision disturbs the status quo.

While the book clearly shows God’s concern over sin, as well as a willingness to punish those guilty of wickedness,  it also acts as a ray of hope shining through darkness - particularly for the faithful among an idolatrous Judah.  This is illustrated by the references to God’s goodness and strength in Nahum 1:7, and God’s restorative power in Nahum 2:2.

As Christians, the shadows of despair, in ourselves and in the world, our faith can be sorely tested.  Perhaps the book of Nahum can help us to understand that our faithfulness contains an element that resists cultural and spiritual compromise.  Reminding us of God’s active intention of being present in the worst of times to bring hope to the world.  The vision of Nahum might be condensed therefore into this: 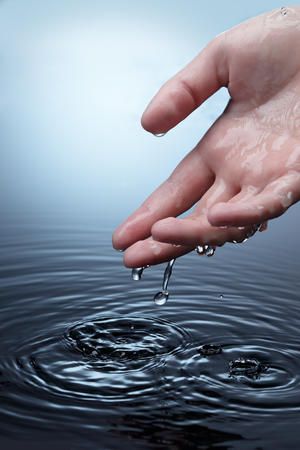