Writings usually credited to Solomon, Ecclesiastes stems from the Greek ekklesiastes – interpreting both the Hebrew qoheleth, meaning: one who addresses an assembly, and qahal, meaning: assembly.  Ecclesiastes acts as a theological kaleidoscope – one through which the observations of life are made.  Observations that conclude human life tends to constantly tumble into vanity.  So much so that a clear contrast can be made with the more optimistic book of Proverbs.  Having said that, Ecclesiastes has a positive running through it.  One that humanity needs to understand as such.  In essence the book highlights God’s promises and wisdom as constant, even though they might not always appear in ways we might hope for or expect. In a way the chapters of Ecclesiastes are like a guidebook for discipleship, bearing in mind that there are twelve in total.

Chapter One introduces qoheleth as the teacher or preacher, and his calling to what could be seen as a pointless and thankless task.  Chapter Two investigates self-indulgence and Solomon’s activities are evaluated, concluding that without God, everything is pointless.  Chapter Three shifts the emphasis with the well-known observations that there is a time for everything.  The ebb and flow of human life is all part of God’s plan. A plan beyond human understanding.  Chapter Four proclaims that the existence of oppression and injustice in the world, makes human life miserable – a fate worse than death.  Chapter Five encourages humanity to approach God in the most appropriate ways. Meaning that the focus should be on listening to God instead of protecting selfishness by uttering empty promises.  Chapter Six explores the point of possessions without their positive use.  Plus, one must learn to be satisfied with what one has.  This now leads us to half time in our thinking– after all, there is a time for everything!

The second half of Ecclesiastes continues to develop its theme of prioritizing God’s will and the futility in human resistance.  Chapter Seven makes the point that humanity is not the best judge of its own character, and that Wisdom - although a conduit for vulnerability - is beneficial. Wisdom is valuable, but absolute wisdom is not within the human grasp. However, Wisdom, despite our limitations, does provide a truth for every situation.  Chapter Eight steers us to the bigger picture of the world being tainted by oppression and injustice.  Giving a warning that human beings should value what God provides above all other.

Chapter Nine reveals that death awaits everyone, but where there’s life, there’s hope and that the hope is in God.  Chapter ten highlights that to understand this hope, a level of wisdom is necessary.  Warning that the consequence of self-centredness is a state of hopelessness.  Chapter Eleven now encourages us to seize the opportunities of life, despite the limits of human knowledge. To enjoy life to the fullest by knowing God.
Chapter Twelve gives the final advice to humanity as an assembly:  Life is short and full of vanity.  Therefore, know God and understand his commandments.

Finally, from a Christian perspective, the overarching message in Ecclesiastes is that there is a time for everything – including the time that God revealed God’s self in such a way that all humanity would understand the active intention of God’s will……Jesus stood among us at the meeting of our lives….His with ours…Jesus taught from the cross and the tomb, the assembly began to understand, it was time for death to be overcome.  It was the time for Salvation!!

The image this week is not one of mine, but one from Salvador Dali.  Entitled "The Artful Lawyer", I wonder how you might ling this to Ecclesiastes?  What tree has time been suspended on? What are the sheep hoping comes along so that they can follow in the right way?  If viewed as a potential courtroom plea, what case does Ecclesiastes make on behalf of humanity? 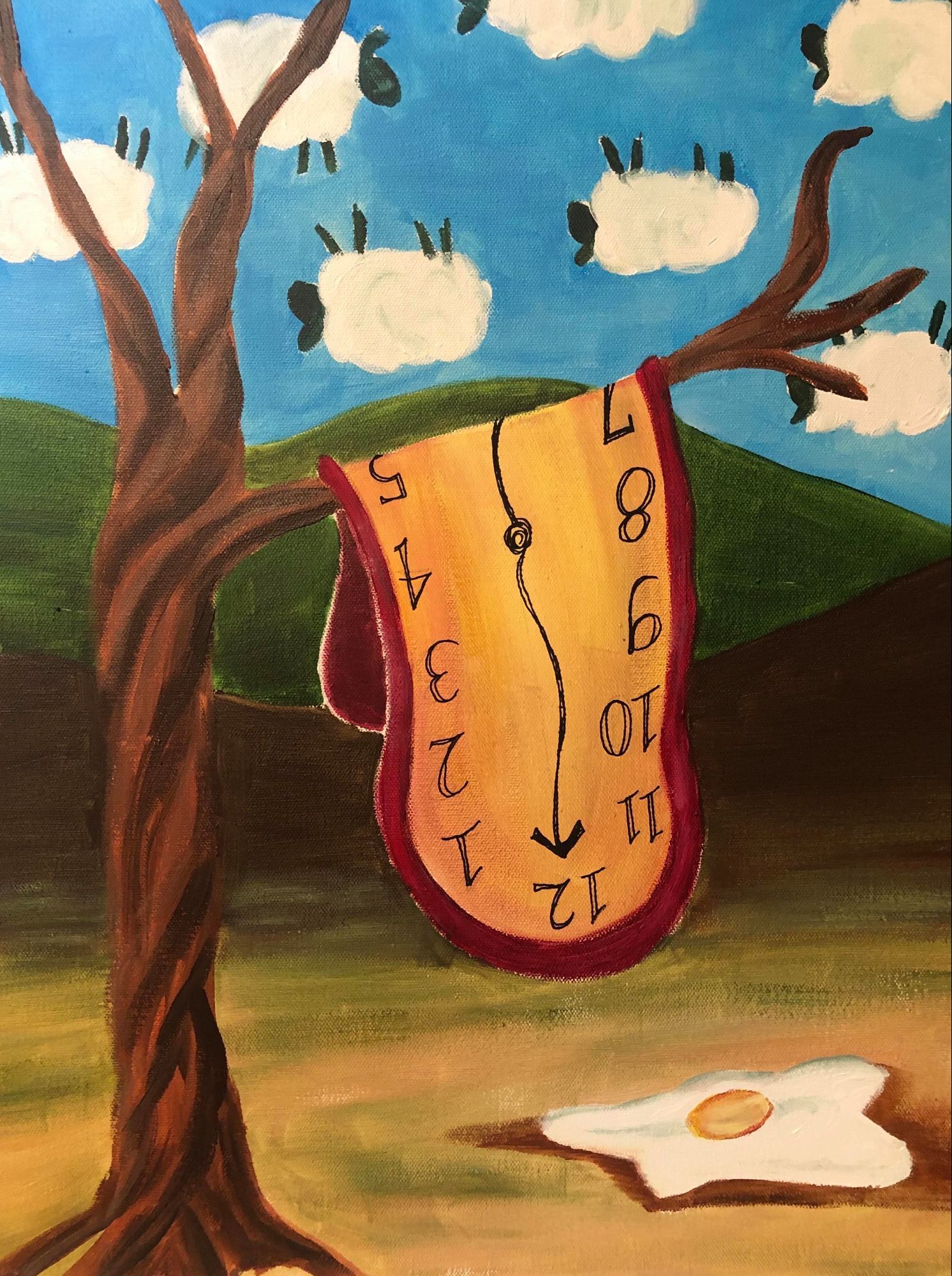