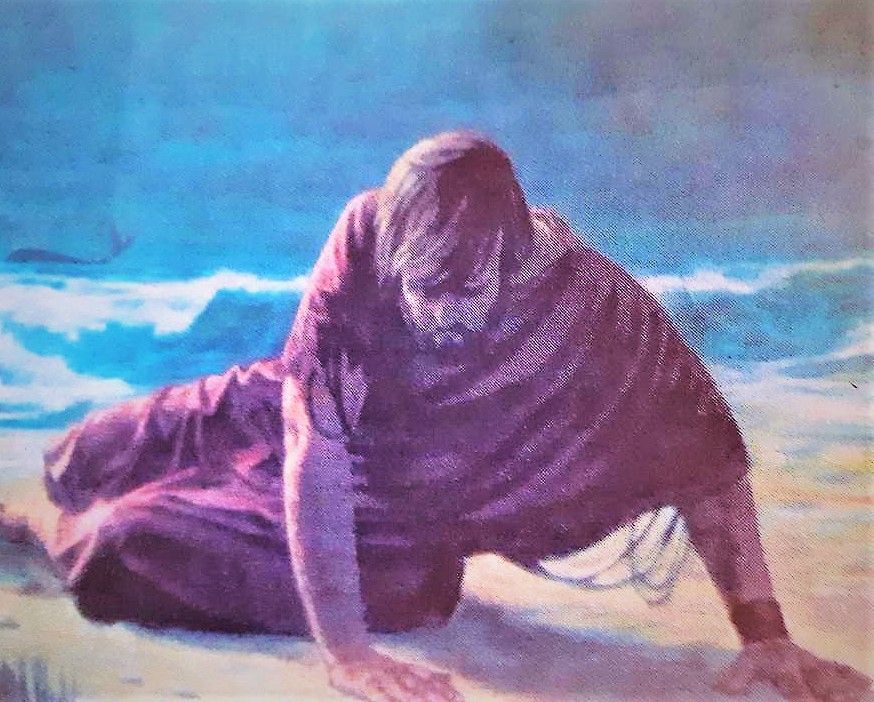 As a book, Jonah appears to be written in what we call the third person.  Meaning that the book is not accepted as an autobiography.  However, in the very first verse, Jonah, son of Amittai, is identified as coming from Gath-hepher - later to be known as Galilee.  This makes Jonah one of the few prophets from the northern kingdom of Israel

During Jonah’s time Israel was a strong nation.  Albeit in a political sense rather than a spiritual one.  Reflecting here that Jeroboam II - ‘an evil king before the Lord’ - saw Israel’s borders expand to their greatest extent since the time of Solomon.  A materialistic culture thrived because injustice to the poor and oppressed underpinned this.  A national behaviour pattern that drew prophetic warnings from Amos - a contemporary of Jonah.

However, Jonah was not called to prophesy to his own people.  Instead, God called Jonah to the Assyrian capital of Nineveh.  Unwilling to make the journey to deliver God’s message, Jonah aimed for Tarshish - or modern-day Spain.  Perhaps a case of being unavailable due to holidays?  Eventually God guided Jonah in the right direction, and the prophet obediently prophesied to the people of Nineveh - whose cruelty to captives and other undesirables was well-known in Israel, creating an obvious need for Jonah’s message of repentance.

As one of four prophets mentioned by Jesus (Isaiah, Daniel, and Zechariah being the others), Jonah received more than a mention. Jesus identifies with Jonah’s three-day experience in the belly of a great fish - as a foreshadowing of Jesus’ time in the tomb prior to resurrection.  This alignment with the lowest point of Jonah’s life compares with Hebrews, where it teaches that Jesus had to be made like His brothers in every way, so that He might become a merciful and faithful High Priest.  Therefore, Jonah is a priority link in the prophetic chain.  Mainly because Jonah gives TWO versions of the same insight.

As already implied, the first are chapters one and two, a Great Fish and Jonah’s Prayer - a tomb and resurrection model.  The second are chapters three and four, Nineveh and the revelation of God’s compassion - despite Jonah’s anger at a God who forgives.  In essence Nineveh is the second of two great fish tales, regardless of any literal or interpretive view of the Old Testament.  I say this because Nineveh, the Assyrian capital, was the city of NIN, or NUN, the great fish god of Assyria.  Jonah ended up in two bellies, one after the other, and both for three days.  Jonah points to Jesus, who revealed a God of all compassion and the bringer of the True Vine.  Jonah was angry enough to die, but Jesus was loving enough to die for all our sakes.