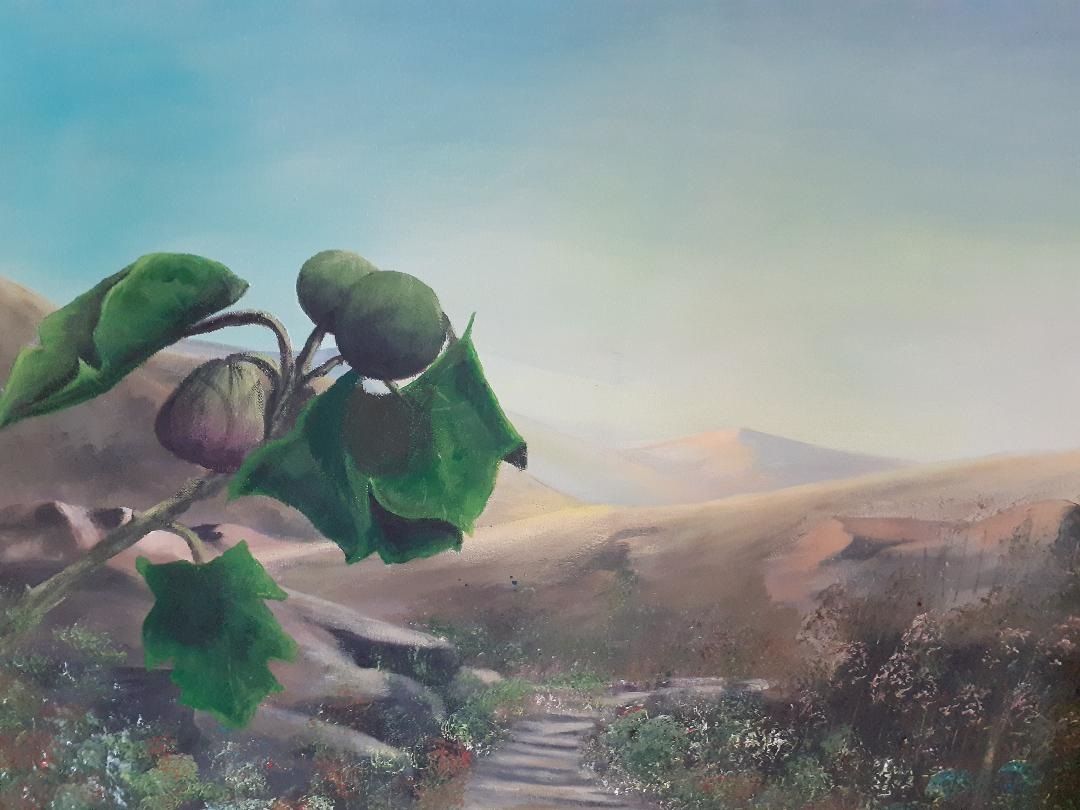 As the shortest Old Testament book, Obadiah has no place for the autobiographical references found in Amos.  Instead, an emphasis on Jerusalem and a prophecy of judgement against the Edomites prevails.  Historically, Obadiah is difficult to place in context.  Options have been argued, with the most compelling being that Obadiah is set in the 840s BC.  If this is the case, Obadiah is not only the shortest book in the Old Testament, but the earliest prophetic writing - beating Joel to the distinction.  This claim is evidenced in Obadiah 1:10–14, where some level of Edomite involvement in the invasion of Jerusalem in the 840s is recorded as an act of simultaneous aggression with a number of others.  Certainly, Obadiah records violent behaviour by the Edomites.  This consists of Old Testament ‘Road Rage’ towards those attempting to escape from the ‘other’ invaders within Jerusalem.  It is therefore reasonable to assume that the Edomites knew of Jerusalem’s predicament and, whilst not powerful enough to have carried out the attack themselves, proceeded to plunder Judeans attempting to escape the main event - easy pickings.

Whatever our assumptions, and whatever their actions, the Edomites drew high levels of condemnation, as most of Obadiah pronounces judgement on Edom.  Interestingly, Obadiah is one of only three prophets who pronounced judgement primarily on other nations - with Nahum and Habakkuk being the others.  However, whilst other prophetic passages against Edom and other nations, Obadiah has a singular theological focus.  That is: Obadiah warns that when others place themselves in opposition to God’s people, they can expect judgement rather than restoration.

One way to expand on this is to know that the name Obadiah translates: “Worshipper of Yahweh”.  This offers a counterpoint to the judgement pronounced on Edom.  Meaning that Obadiah embraced humility before the Lord, whereas Edom had been found guilty of pride before the Lord.  Edom had self-elevated to a mindset that mocked, stole, and abused God’s chosen people.  The Edomites failed to realize that God’s sovereign power was over all nations.  God’s reminder of Edom’s wrongdoing is a narrative that Obadiah outlines in chapter 1:12–14, with Judah’s promised redemption, as opposed to the Edomites, revealed in chapter 1:17–18. No wonder that the nation of Edom disappeared into the undergrowth of Old Testament history - its fading presence acting as a prime example of the theological version of ‘Pride goes before a fall’.

From a Christian perspective, Obadiah helps brings a sense of how to find an identity in Christ. The Christian must seek to live out their identity by growing in Christ and being formed in Christ’s image.  When we put the institution of church first, we become a nation where tradition a reluctance for change, can ‘plunder’ our growth in Christ.  Pride, as part of a sinful nature, remains when creating church empires based on any human craving for power.  Building the Kingdom of God, on the other hand, is where Obadiah is clear. Humility does not mean thinking less of self, or having low self-esteem, no, humility means thinking of ourselves less.

As Paul says in Romans 12:3: “Don’t think you are better than you really are”, and: “Be honest in your evaluation of yourselves”.  Obadiah makes things plain; we should not have an inflated ego.  However, humility is not meant to hide the fact that the Christian has positive qualities.  But instead of chasing prestige and glory for ourselves, we should, in humility, be focused on loving and serving others with whatever gifts God has given us.

I painted the attached image as a story board for the Prophetic nature of the Old Testament.  In applying it to Obadiah, we can view the fading mountain of the Edomites (descendants of Esau) in the background, with the behaviour known as pride condemned to a lesser place.  In the foreground, we see the fig (symbolic of God’s chosen people) in the process of being ripened with hope and promise.  Imperfect, but representing a chosen people.