In this episode of the bitesize bible, grief and sorrow take centre stage.  As Lamentations suggests in its title, songs and poems that are sorrowful, dominate the landscape.  Credited to Jeremiah and underpinning his theological alias as the “weeping prophet”, Lamentations reflects on the destruction of Jerusalem by the Babylonians in 586 B.C.  Assuming that Jeremiah was an eyewitness. The prophet witnessed his previous prediction of this destruction taking place.  Lamentations is certainly a sad reflection.  Moreover, it is a document of despair, weaving the mindset of Jeremiah and the people of Jerusalem into a lament with a twist?  In other words, suffering, distress, empathy, and compassion, are blended to form a template for nationalistic transformation and reparation.

We begin to gain a sense of this in chapter 1.  Jeremiah mourns for Jerusalem as it lays in ruin following it’s destruction at the hands of Babylon:

“How lonely sits the city that was full of people! She has become like a widow who was once great among the nations! She who was a princess among the provinces has become a forced labourer!” (1:1).

As Lamentations moves through Chapter 2, the anger of the Lord is described as one who brought judgment to the wicked land:

“In fierce anger [God] has cut off all the strength of Israel; [God] has drawn back [God’s] right hand from before the enemy” (2:3).

Things get more miserable in Chapter 3 (if that is possible), as we see Jeremiah pouring out his own troubled spirit and suffering.  Jeremiah is in a bad way, completely distraught because his own country has been ravaged by an oppressor – or so it might seem.  But the glimpse of hope begins to break through the barriers of Lamentations gloom.  In verses 19-23 of chapter 3, God is portrayed as being faithful…the one true God can and will restore the people to God’s promise:

Despite this flash of Light, chapters 4 and 5 provide graphic imagery that magnifies the sinful nature of God’s people.  With dark symbolic detail, Lamentations includes a condensed history of the Israelites and their previous struggles with both Egypt and Assyria.  The culmination of this - and the effects of the Babylonian destruction of Jerusalem, leaves only a notion of a completely lost and joyless people.  A people so low down in the mud of their own disobedience, only a truly loving, compassionate, and forgiving God, could rescue them.

From this Old Testament perspective, the people need to be viewed in the worst light, to make the Grace of God the greatest answer to humanities many ‘unforgivable’ iniquities.  No wonder Jeremiah wept when he saw what we had become in his context.

For a Christian perspective on this, then Jesus wept in John 11:35.  Not because humanity was against him, not because Mary and Martha acted in any bad ways, not because his friend Lazarus had died – for Jesus would soon raise him from the depths.  Jesus wept because he loved – the primary essence of God so often overlooked in Old Testament understanding.  Consider this comparison – Jeremiah and the people of God are completely down and out in lamentations, but God exalts/elevates them into new hope (Jeremiah means “God Exalts”).  Jesus raises Lazarus because he loved him in life and a death that was overcome – just as he loves us and is willing to exalt all humanity to new and eternal life in him.  God in Christ is not the hindrance to humanity’s salvation, but the help in times of trouble.  (Lazarus means “God is my helper”).  So Jeremiah may have wept because he knew God as the God of Love who would help the people despite all they had done?

As the image is meant to suggest, the is no situation that god will not lead us out of.  Just grasp the strong hand of Grace with the weak hand of faith.... 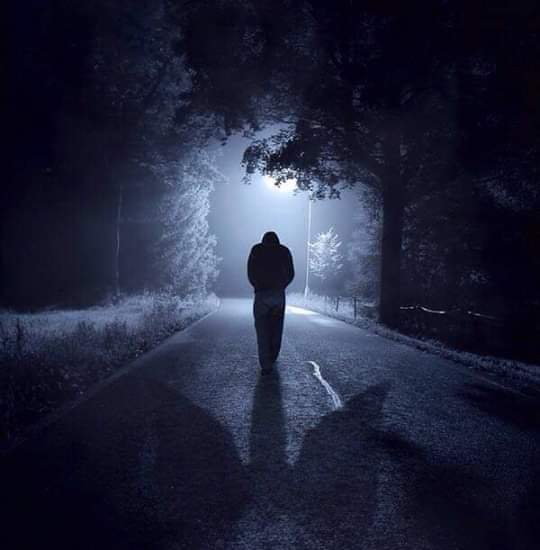